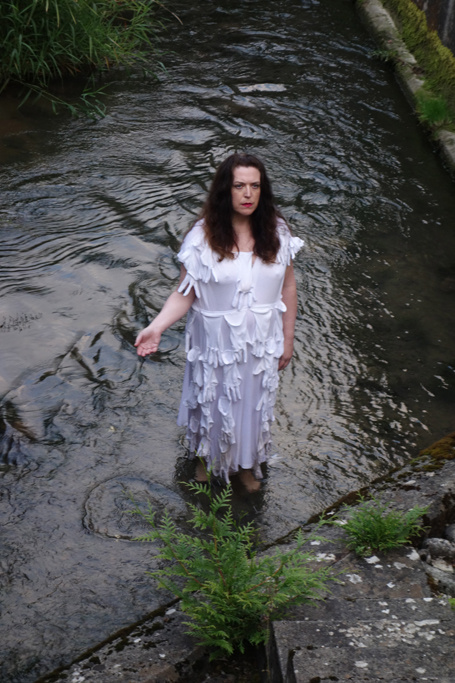 Dr. Laurel Jay Carpenter is a visual art performer, investigating longing and intimacy, while troubling subjectivity, in her durational live works. For over twenty-five years, she has exhibited in New York at venues including Exit Art, The Knitting Factory, Performance Space 122, Judson Church House, SOHO20 and Microscope galleries, as well as Brooklyn’s Borough Hall. Laurel has been a fellow and invited artist at the MacDowell residency, CAOS Art Center in Italy, and for three seasons at the Salem2Salem US/German artist exchange.

More recently, Laurel has presented work internationally at the NMAC Foundation in southern Spain; with Wooloo Productions and the Hebbel Theatre in Berlin and further at Schloss Salem and Kunsthaus Essen in Germany; at the Bergen International, Between Sky & Sea, PAB, PAO and Kunstbanken Hedmark Performance Festivals in Norway; at the Art Ii Biennial in Finland; the Festival of Ephemeral Art in Sokolowsko, Poland; the Sofia Underground Performance Art Festival in Bulgaria; the Prague Quadrennial in Czechia; the International Festival of Contemporary Art in Terni, Italy, and the 2007 Venice Biennale.

Laurel is honored to have been a member of the Independent Performance Group, founded and facilitated by Marina Abramović as an early incarnation of her institute for durational methods across disciplines. In 2016, Laurel resigned her tenure as Associate Professor of Art at Alfred University to complete a transnational, practice-based PhD as a means to contextualize and disseminate an intersectional feminist and new materialist methodology as evidenced within her solo and collaborative performance work. Laurel’s research encompasses slow, sensing and embodied practices combined with simple and striking imagery to activate modes of resistance, undoing dominant tendencies. Her expertise is in turning a sited awareness of socio-political and cultural trends into visual and poetic, thereby personally accessible, performances. Laurel continues to work between the US, UK and EU.